Tangaria – free open-source multiplayer roguelike game inspired by Tolkien’s lore and powered by PWMAngband; it combines the complexity and unpredictability of roguelike genre and social features of MMORPG: fight monsters together with your friends, chat, PvP (on demand), build a house, open a store to trade your goods with other players… with advanced real-time gameplay – game become semi turn-based when your character is injured. 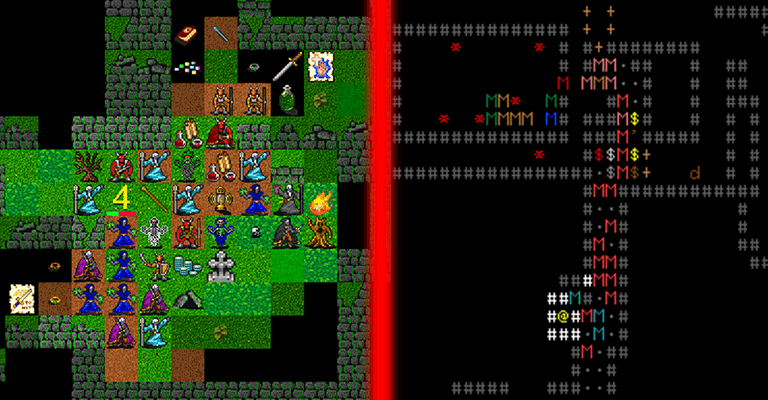 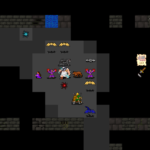 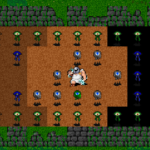 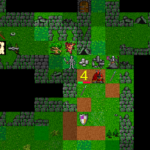 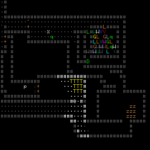 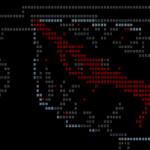 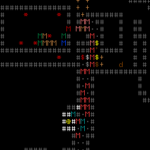 Beneath the simple graphics can lie worlds of complexity
seldom to be found in any other game.

Tangaria has classic roguelike gamedesign, like in Angband or Nethack: all the time your have to make REAL decisions which either would save your life or will lead you to the death. You constantly should decide ‘how to solve’ every particular situation to survive; and these situations always won’t be the same as before. Even after dozen years of playing, you will still learn new stuff every time you play. In addition, each class and most of races got its own style and to feel the bottom of the game you can play hundreds of class/race combinations as they all give different feeling of gameplay!

Tangaria is very complex game as all roguelikes. And could be arguably considered as the hardest of them all because of zeitnot (semi)-turn-based gameplay. You will die hundreds times to get the grip on the game, but almost always because of your mistakes, not because of internet connection issues or bugs as in some other MMORPGs with permadeath (for example, in Diablo 2 in most cases I died because of disconnects). Every death in Tangaria will make you better, more experienced and skilled.

Yes, Tangaria is quite hardcore. You will need clench into a fist you steel nerves and learn to consider myriads of factors to survive. In comparison to some other multiplayer roguelikes, your ability to survive isn’t based at your reaction (5% of success), but at your gaming experience (95%). Tangaria become much less fast-paced and action-orientated with introduction of slow-time mode: now you always have time to make the right decision without haste as when your character injured – game become semi-turn-based. Also you can turn on/off slow-time mode at will.

Playing with another players in a party is another great thing, but sometimes you could die because of your friend blunder (carelessly opened door, triggered trap, awakened hoards of monsters…), so you might consider to play alone while learning basics and start playing with other players in party at mid-game (30+ lvl). Also it’s important to note, that Tangaria is solo-friendly game and if you are a lone wolf – you will have great time there too. Learning curve quite balanced and you won’t get more pain there than in, say, NetHack.

Choose from any one of numerous races and classes to begin your adventures in various unexplored dungeon passageways, gaining experience by killing fierce legendary creatures, finding lost artifacts and valuable treasures, and returning to town occasionally to buy supplies and to trade with other players. You work towards near-impossible goal – an attempt to save the world by defeating the Lord of Darkness, who resides far below the surface.. and if you will manage it – to negotiate with Valars and maybe even meet Eru Iluvater afterwards… and of course throughout your journeys you will encounter many other adventurers — whether they be friend or foe is up to you to decide!

Development:
Tangaria (2019) based at powerful PWMAngband (2007) game engine which was derived from MAngband (1998) and also got some TomeNET (2001) features. All three games are in active development, got very special and unique gameplay, make sure to try them! PWMAngband got latest vanilla Angband core (tileset support, new ID/curses/traps systems, item management, etc), modern MAngband features (like a ‘time bubble’ which slow down a time when you are on low hp), new gameplay mechanics like necromancy, summoning, etc.

Tangaria based at PWMAngband, so it’s got all great PWMA features. Additionally, Tangaria got its unique gamedesign and a lot of new features, like:

Tangaria focused to take all the best features from its *band ancestors and also got inspiration from great singleplayer roguelikes like NetHack, DCSS, ToME & others, with the influence of MMORPGs (Ultima Online, World of Warcraft, Eve Online etc) and oldschool MUD’s (text MMORPGs).

Also, you are welcome to ask any questions @ our Discord