Our codebase (dating back to 1980s’) is a tangled mess of supporting many broken, non-standard, POSIX vs ANSI, etc, compilers and environments. Because of that you can see evil things like #define strcasecmp stricmp AND #define stricmp strcasecmp and similar.

Don’t guess! Just use those functions:

Do NOT use platform-dependent C types, like int, long, long int, etc. You are allowed to use int for creating iterator variables, when it will likely won’t matter, e.g.

but in all other cases, please stick to (M)Angband types:

Note, that we also have syte (a signed byte) type, which should be used instead of char, in practice that is not ever used, so you can ignore it.

(M)Angband codebase also has huge and micro types, which are defined as “largest possible integer on your platform”. Those should NOT be used, unless absolutely necessary. Do NOT try to transmit those over network.

When creating strings, cptr type should be used. This resolves to const char*.

When you need a boolean value, use bool. It’s probably a char or an int, beneath the surface, but it denotes your intent. Note, that we have TRUE and FALSE defined, use those instead of 0 and 1.

It’s OK to return int from functions that need to report an error. However, please consider the alternatives: errr is (probably) the same as int, but signifies your intent much better, it assumes 0 means “no error”. bool, on the other hand, means TRUE for success, and FALSE on error. Had you used plain int, ambiguity around 0 would be created, is it an error or no-error condition?

When creating bitflag variables, use u32b. This gives you 32 bits to play with. If you need more, create ANOTHER variable, e.g.

All actual flags MUST be defined with appropriate names, e.g.

We display up to 80 characters on generic terminal. That means: indexes 0-79 may contain data and index 80 is used for string terminator. Meaning the buffers have to declared with size 81 (!). When passing length argument to string functions, pass the buffer size length, not maximum string length.

For your convenience, 2 global constants are defined: MAX_CHARS (80+1) and MAX_COLS 80. Therefore,

Never, ever, ever use strcpy and strcat. Always use my_strcpy and my_strcat, which are mangband equivalents to strlcpy and strlcat from BSD. Our ancestors provided them for a reason.

It’s fine to use switches and it’s fine to omit breaks, but all such cases must be explicitly marked via a comment.

Indentation-wise, put that comment on the same line you would’ve wrote “break”.

All .c and .h files must use UNIX (LF) line-breaks.

Whenever you need a 2-dimensional structure, or to pass X and Y coordinates to a function, always use row/Y first, then column/X.

Whenever you need to display those to player, the reverse applies. All human-readable output should be in a “X,Y” format.

in great Moria tradition, most of the original game-play related error messages are coming from first person. We should enforce this. Good example of using DM voice:

So all in all, we lack standards here 🙂

All .c/.h files despite directory of residence must have unique names. Duplicate files shall append prefix to every copy but first, prioritizing by common, server, client order. The prefixes are “c-” for client, “m” for server and no prefix for common.

We do not have floats and we do not ever transmit floats over network.

Our ancestors were a bit too obsessive about micro-optimizing the code. In particular, function calls were considered evil (it adds a lot of asm overhead!), with lots of code duplication, and #define FOO(B) were used a lot instead of proper functions.

It might be tempting to follow suite, but in the current year, with processors faster by several orders of magnitude, code readability should come first.

We’re not looking to rewrite everything, just for the sake of it, but when writing new code DO NOT BE AFRAID to introduce new functions!

Also, do not use inline keyword, ever.

Important note: Y goes from top! It’s not traditional 2D graph, but graph which starts on top left corner of the map! 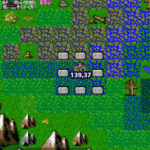 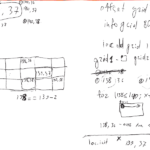 Which characters allowed to be used in string literals of C program except numbers and letters?

In C language *, /, % got equal precedence, but evaluate left to right:

📜 Bear in mind:
If you have high infravision, you can probably hold off on See Invisible for a few levels.