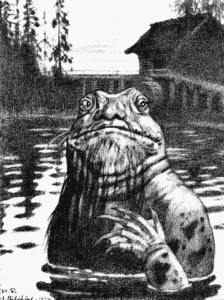 Much more monsters can swim now (previously only water immune monsters were able to do it);

📜 Bear in mind:
The simple scheme ended in failure. That demon called lots of companions.