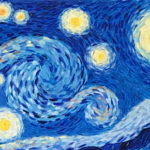 We have new account score system – players can get account points for getting levels and defeating unique monsters. These points do not disappear when you character dies; also they will preserve even in case of server wipe. Account points allows to buy bigger houses, increase storage space, give access to more races/classes and provide other advantages. Most of these advantages do not directly affect gameplay, so roguelikish permadeath aspect won’t suffer. More info about account points in the guide.