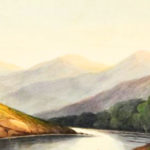 For the past 1.5 months we had plenty of major game-changer features:

Crafter, Alchemist, Scavenger, Traveller, Trader, Adventurer buffed – some got possibility to summon/craft golem or sentry; some got boni to HP or stealth.

Folks! Hosting of the game’s server cost 20$/month. Currently patreon supporters cover only half of it (9$); another half I had to pay myself, so you all can play.. not even speaking about about all this efforts which I put into the game development. Having to pay for server hosting myself is quite demotivating 🙁 Sure thing, even if no one will donate, I’ll continue to support server by myself anyway. But seeing that I’m not the only one who is interested in the game is very nice feeling. It’s not the question of money, but of the motivation.

Cya in-game and welcome to our discord: https://discord.gg/zBNG369

📜 Bear in mind:
Morgoth is the very brink where hope and despair are akin.