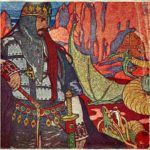 RACES (a lot of rebalancing as usual)

END_OF_DOCUMENT_TOKEN_TO_BE_REPLACED

← spider race change their appearence during their progress

This was tremendous update so we had to wipe server to be able implement new awesome PWMAng features:

During server wipe all dead heroes were sent to enjoy eternal life in Hall of Fame! It’s time to start new adventure 😉

Powerwyrm: For PWMAng I want a system without any cfg file, the music needs to be played just by setting a directory. I don’t want to be forced to edit sound.prf each time I want to change music tracks. There is no need to “duplicate” the sound engine for music, a simple “open a random mp3 file in a directory and play it” function called each time a player changes level should be enough. … Playing different music for each dungeon should be as simple as passing the world coordinates to the function that tells the client to play the music. Then it’s only a matter of defining where to read the music files.

Yay! Cheers to Powerwyrm and Serega88! Now you could download Tangaria’s official music pack, put it to Tangaria\lib\music and enjoy! Soon I’ll also prepare yet another unofficial music pack with soundtracks from oldschool RPGs 😉

Previously we had “mana design” which implicitly forbad certain races-classes combos. It was quite hard for new players as they started with these combos, got pwned and frustrated. So as while for now we don’t have hardcoded function to restrict these combos, I’ve decided to make an experiment: allow all races to be more or less successful in magic if they will choose appropriate class. Actually this system looks pretty interesting and may be better than just simple forbidding certain combos… if we will manage to rebalance it properly – please test and report any combo imbaness in our discord 🙂

So.. Astrologers proclaim the week of Mana Rain!

Except mana, there are plenty of other changes in races, check github to see them.

Also there is a new feature in Tangaria – all new players receive Small House Creation scroll with which they could build a house for free if it costs less then 10k. Just get 8 level, dig a mountain a bit (digging inside of the dungeon could harder, but takes less energy) to get House Foundation stones and build! To be able to build bigger houses you should get House Creation scroll which could be rewarded for completing quest (Ctrl+q to get the quest; you need to be 20+ lvl to be able to take quest).

Note: this ported the FEW_ENTRANCES feature from V and all corresponding changes to dungeon generation. Since PWMAngband is based off MAngband with some variations to the dungeon generation code, expect bugs, crashes and dungeon levels not generated properly.

Powerwyrm: New dungeon generation code from V, ported “as is” — no idea if it’s correct with wide corridors, I tried to adapt the code as I could, and some “quick” test didn’t show “too many” generation errors

Tangaria ladder is there! https://stat.tangaria.com/ Thanks to Shtukensia for (sh)coding! It includes all recent character dumps which I’ve managed to find and some old ones from oook. This dumps are 100% legit as players can’t change .txt files to cheat – this files taken directly from server (except dozen from oook, but I’ve verified them too long time ago). I’ll update the ladder from time to time. And Shtukensia will implement more cool features soon!

Shtukensia published ladder to GitHub: https://github.com/shtukensia/Tangaria_Ladder . It’s really cool and important as we should develop new features, not to repeat the same task in different dev teams. Oook, MAngband and TomeNET ladders’ code is kept secret, though I’ve asked devs to publish it 🙁 So we made first step to open-source in this field and hoping that other devs will do the same one day. Share and improve!